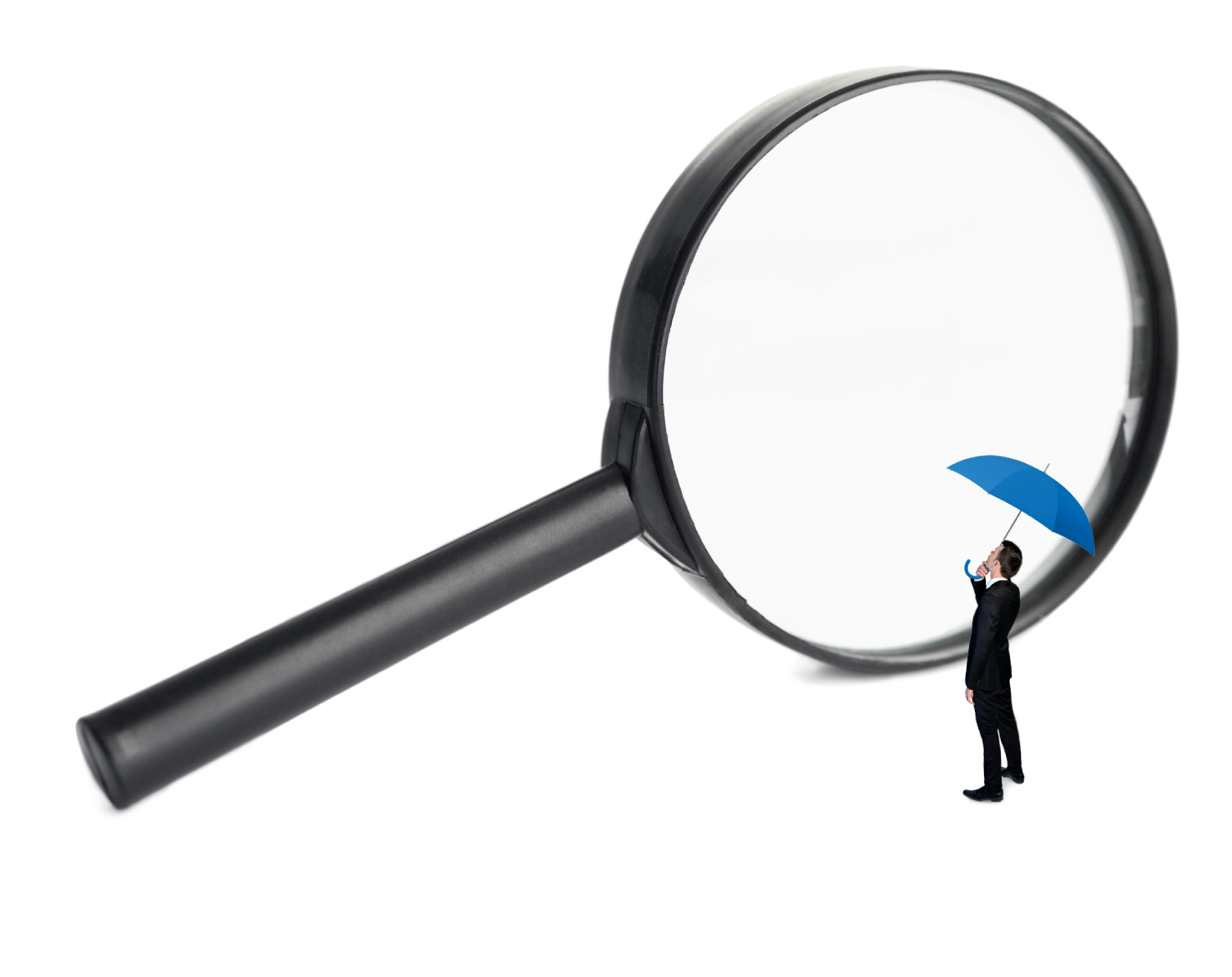 The IR35 legislation was introduced in April 2000, its purpose was to determine whether a contractor working through their own limited company (often know as a Personal Service Company or “PSC”) is a disguised employee of the hirer (inside IR35) or is in business on their own account (outside IR35). The answer has a material impact on the contractor’s net pay. Under the former, the contractors pay from their limited company should all be taxed as salary, and under the latter they can pay themselves by a combination of salary, expenses and dividends which saves the contractor £000’s in tax and employers national insurance each year.

Each individual assignment undertaken by the PSC should be assessed for its IR35 status and the income from that assignment taxed accordingly. The more a contractor can differentiate themselves from a permanent employee, the more likely they are to find themselves outside of IR35 and able to benefit from the significant tax advantages.

The decision on IR35 status and tax liability for getting this wrong (only relevant with an outside IR35 determination) has until recently always fallen on the contractor, however due to mass non-compliance, the government implemented reforms in the public sector in April 2017 which put the decision and risk in the hands of the end hirer and fee payer (the party that pays the PSC without deduction of taxes). These reforms known as Off-payroll working will be implemented, with a few changes, in the private sector this coming April 2021.

what are the key factors for deciding an IR35 status?

The main areas looked at to make a status determination include:

IR35 is a complex piece of legislation and passing or failing on one point does not automatically mean an assignment is definitely inside or outside of scope, in fact you are unlikely to be 100% sure unless investigated by HMRC! Courts would look at both the contract and the actual working practices. Specifically defined, project based work and contractual agreements that pay based on meeting set deliverables and not based on hours/ labour are favourable to getting an outside IR35 status decision.

what are the IR35 reforms (also known as Off-payroll working)?

In April 2017, Off-payroll working legislation was brought into the public sector making public body hirers responsible, and not the contractors, for making the IR35 status decision. The logic being that the hirer should know whether the contractor is working independently and not under their control or conversely, whether the contractor was working in a similar way to an employee. The overwhelming majority of decisions by hirers were that contractors were caught inscope of IR35. As a result, HMRC deemed the new legislation a great success.

HMRC believe that 9 out of 10 outside decisions in the private sector are incorrect, losing the government millions in tax revenue each year (estimated at around £1.3 billion by 2023/24) hence they will be rolling out the private sector reforms from April 2021. Any amendments will also be effective for public bodies.

There will be an appeals process (to be used where an inside IR35 decision is made), but in our opinion this will have a limited effect on a hirers decision as there is no mediator in the process or penalties on the hirer if they don’t change their mind despite presented evidence and is therefore ineffective and only relevant for those initially caught when the legislation is first implemented. After April 2021, certain roles will be advertised with their IR35 status known upfront.

Small and medium sized hirers meeting two of the following three criteria will be exempt from this legislation: turnover less than £10.2m; balance- sheet total less than £5.1 million; number of employees less than 50.

If the hirer is considered small, contractors will continue as they do today and will be responsible for making the IR35 decision and will carry any subsequent liabilities for the tax. It is important that you check with your hirer to see if they meet these criteria as there is no onus on the hirer to tell others of their exempt status!

where does the risk sit and how will that affect decisions?

There is only a risk if an outside IR35 decision is given. Different parties in the supply chain can be found liable under certain circumstances:

However, essentially the compliance risk and liability affects the whole supply chain and ultimately sits with the end hirer as it can be passed up via debt transfer or the HMRC can choose to recoup from any party in the chain. This will have big implications on supply chain compliance and behaviour and it is likely that most hirers will therefore take a risk adverse approach when making decisions.

HMRC can challenge the decision and demand repayment of lost PAYE tax and national insurance plus penalties and interest for each contractor. A hirer’s gross financial liability for lost tax, national insurance, apprenticeship levy, interest and moderate penalties over a 3-year period for an average contractor earning £100,000 pa is well over £100,000.

This is a big financial risk and most hirers will probably not bear the risk!

how will hirers make status decisions?

HMRC’s CEST tool (check employment status for tax) allows hirers to check whether an assignment is outside IR35. If the tool says it is, and all answers were accurate and given in good faith at the time, then HMRC say they will stand by the decision and not challenge it. It is also worth noting that IR35 assessments can be made by role. They do not have to be made individually where contractors are doing the same role.

There are many critics of this tool saying it is not fully based on case law, however HMRC have taken feedback and are making changes to it which should be available by the end of 2019. There are other non HMRC IR35 assessment tools available, but note that they carry a tax risk which some hirers may be unwilling to take. Many say CEST favours inside status decisions but if HRMC believe 9 in 10 decisions are currently wrong then maybe it reflects what they expect it to? For long assignments the IR35 decision should periodically be re-reviewed.

beware of the motivations of others!

You are likely to find yourself subjected to conflicting messages. Many accountants and providers of independent IR35 assessments will give false hope that you should challenge your IR35 status if caught inside or that they can provide you with a favourable assessment. It is wise to understand their motives with many wanting contractors outside IR35 to maintain their ongoing accountancy fees and revenue streams. It is good to remember that they will not be taking the financial risk.

what happens if you are now found inside IR35?

If you find yourself caught in scope of the legislation, you will no longer be allowed to be paid gross into your business bank account.

It will be the responsibility of the fee payer to deduct not only full, standard employees PAYE deductions but also the employers NI and apprenticeship levy costs from the invoice value before a net payment is made.

Fee payers or hirers may insist that you work through an alternative PAYE option such as an umbrella company or an agencies own or outsourced PAYE. This will have a significant impact on your take home pay. As a general guidance, you can typically expect to retain as much as 80% of your income via a PSC if outside of IR35 (dependent on personal circumstances, expenses etc) compared with an average of 65% via most other PAYE models so this highlights the extent of the impact these changes will have.

what are the next steps?

Hirers need to start detailing their PSC populations by role and prioritising any that will be in scope when the legislation comes into effect. Many will be slow to react as it is not their day jobs and they may lack the resources and required knowledge. Recruitment agencies, fee payers and any other parties in the supply chain will need to work in collaboration with hirers to ensure essential supply chain compliance and will need to determine that suitable, alternative payment options are in place.

You need to start engaging with your agencies and end hirers to understand how and when their assessments will be made and what alternative options are available to you should you find yourself in scope. If, as a contractor, you are offered an assignment which extends beyond April 2021 you should consider your likely IR35 status under this legislation. The government’s CEST tool is free, readily available and anonymous so can provide you with an indication of what this might look like and is therefore a good starting point.

get in touch via live chat or email today